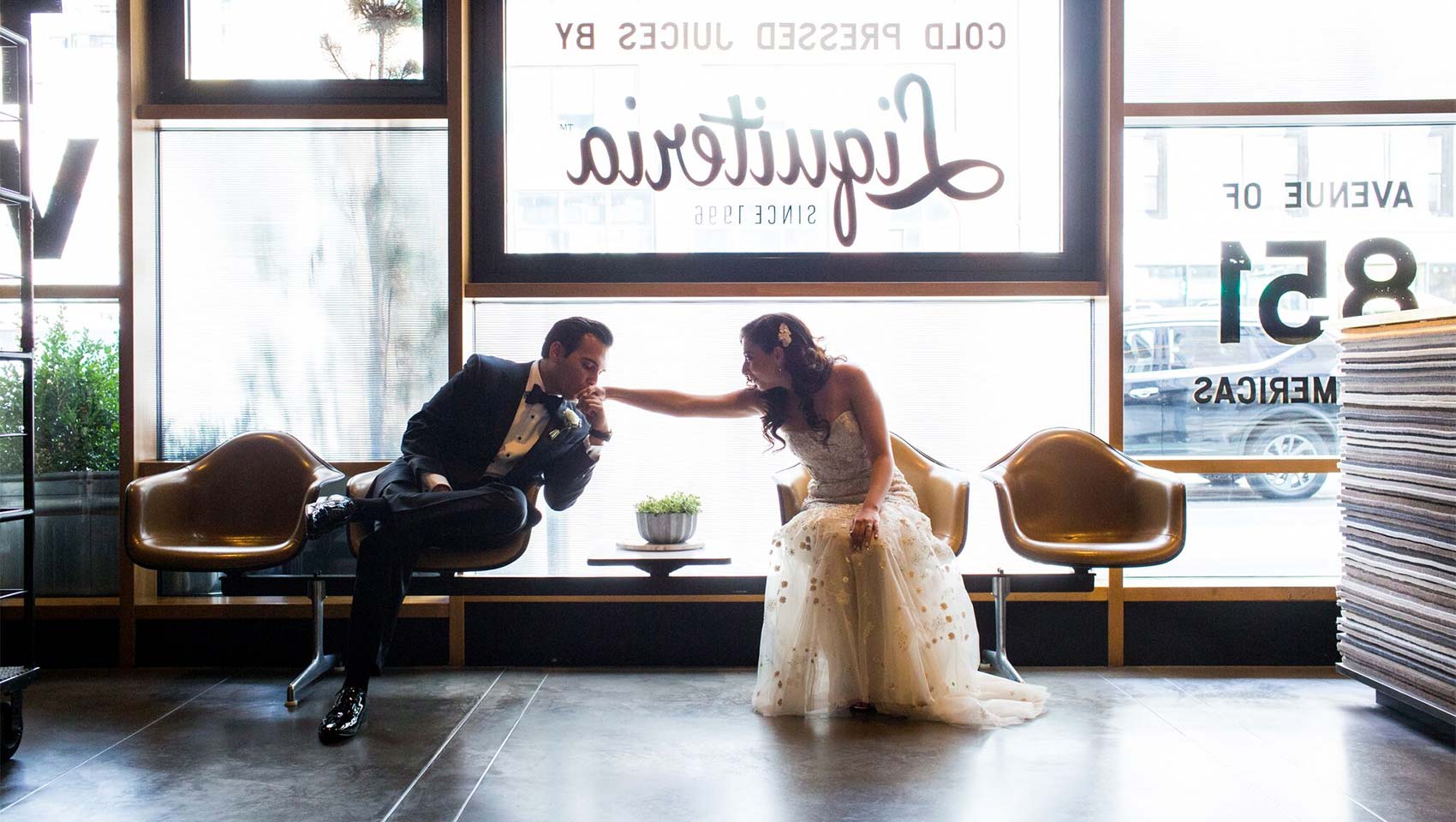 Love in the Big City

Ravi and Natalie attended the same high school, but didn’t officially meet until a Halloween dance their senior year. They began chatting, eventually starting dating, attended prom and then spent nine years together before getting engaged under the magical spell of Paris. Having grown up so close to New York, the destination holds a special place in both their hearts. And while they knew it might not be easy hosting a celebration in “such a demanding and busy city,” they felt determined to make it work. Eventi helped the pair pull off the “fuss-free” wedding of their dreams, allowing them to focus on something “fun, simple, tasteful” and—most importantly—with an alfresco space and sensational city views. 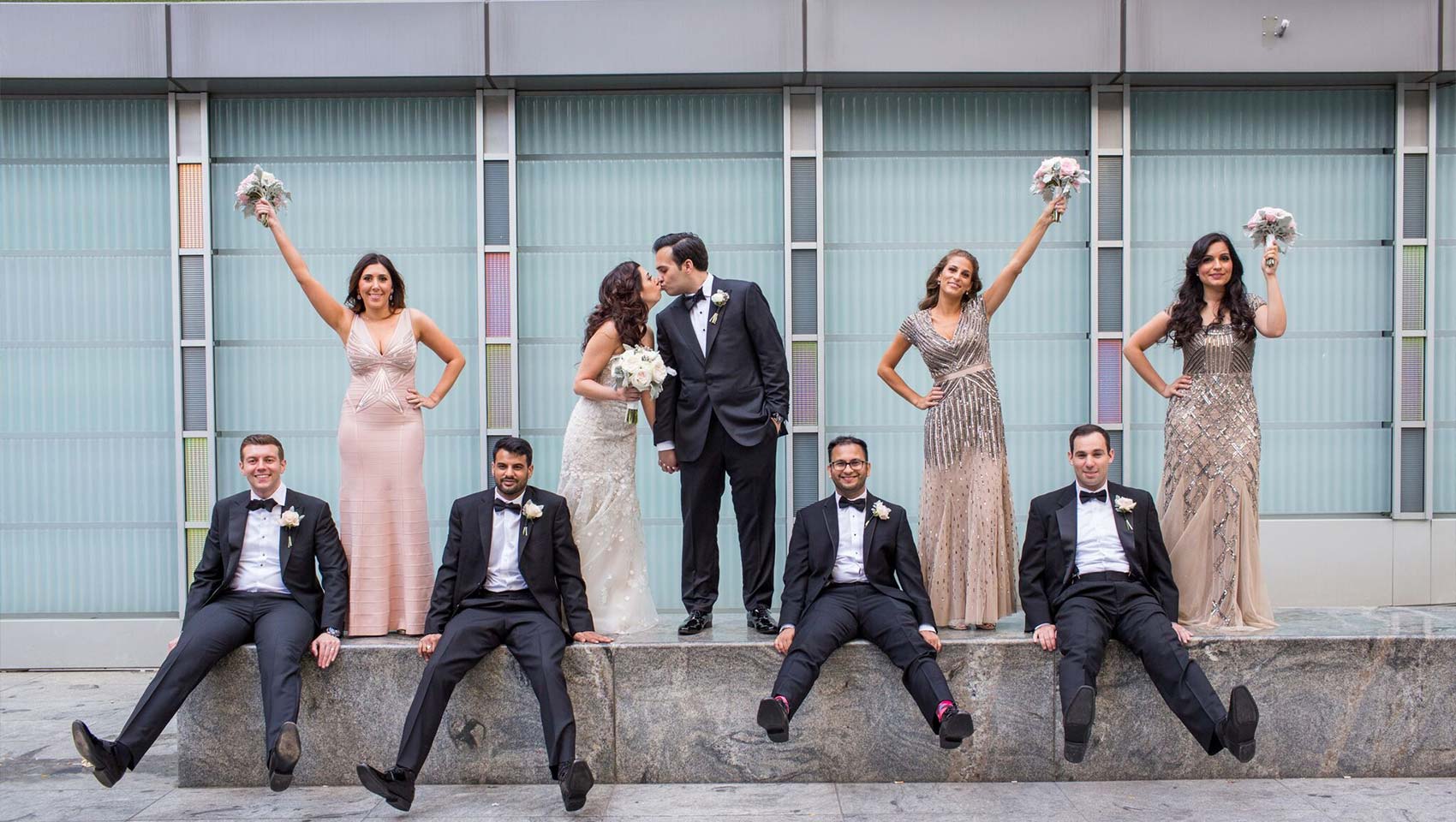 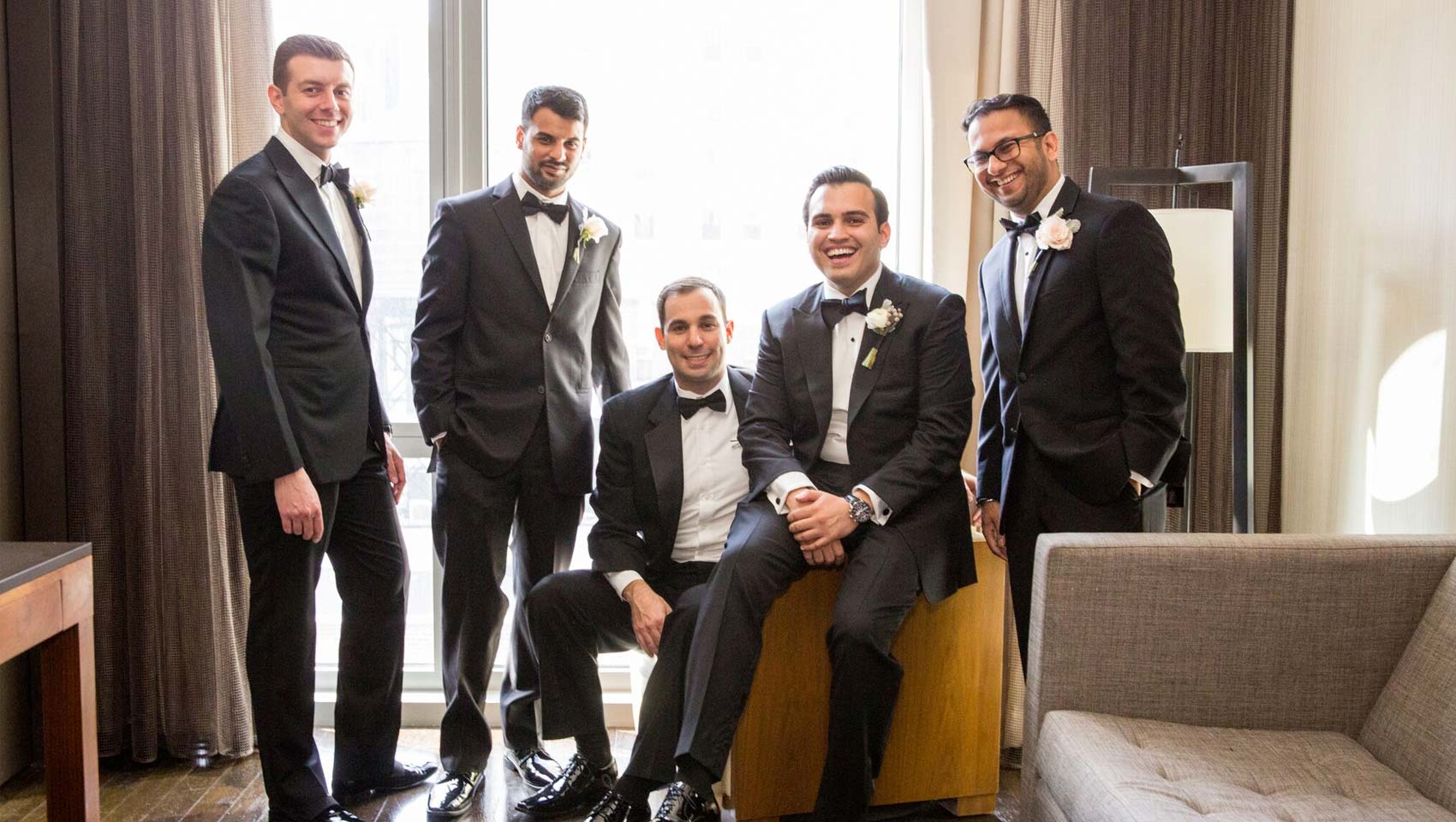 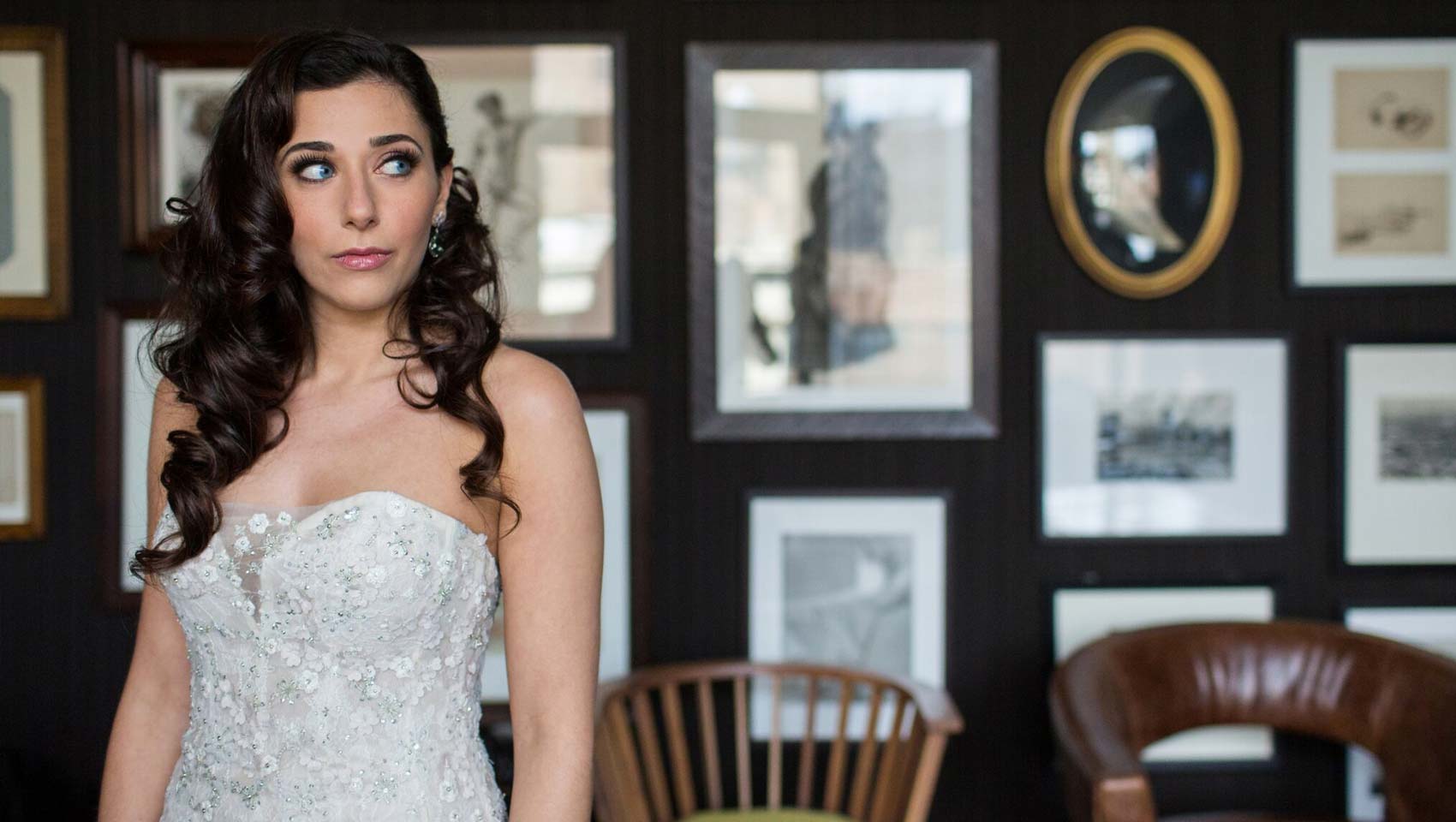 On the wedding morning, Ravi and his groomsmen prepped in one hotel suite, while Natalie and her bridesmaids got ready in the Eventi Suite—an “easy, calming” space in which to order room service and ease into the big day. 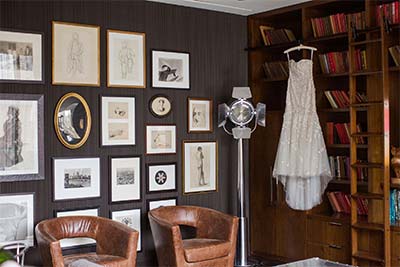 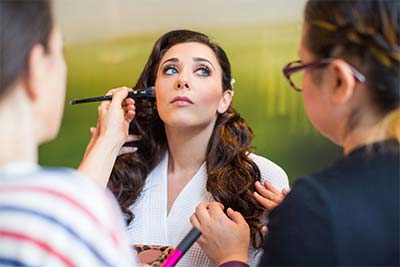 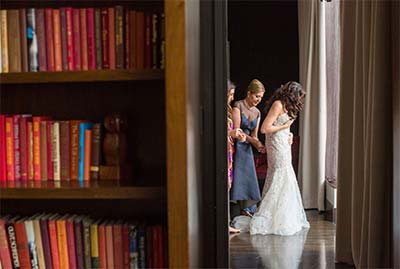 “What drew me to the Eventi, was the kind and attentive staff, the detailed attention to food and drink, and the beautiful ballroom. Of course, what really sealed the deal, though, was the outdoor terrace space.” 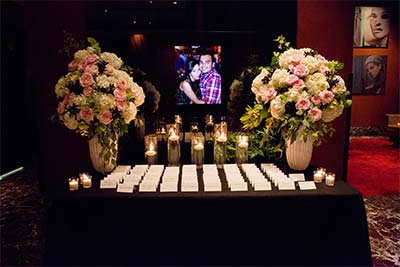 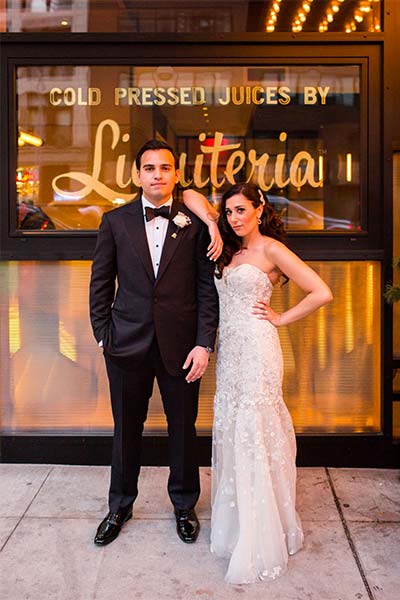 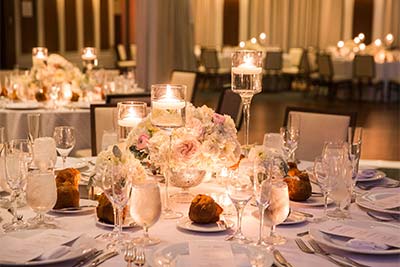 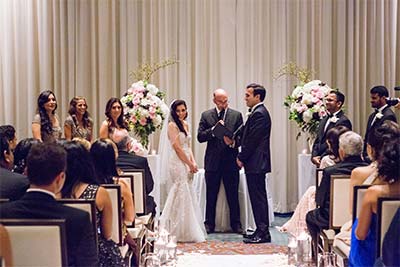 Having everything take place in one location allowed the couple to truly absorb and savor the entire day. 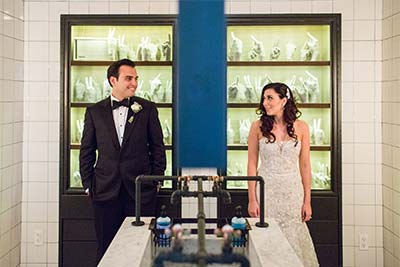 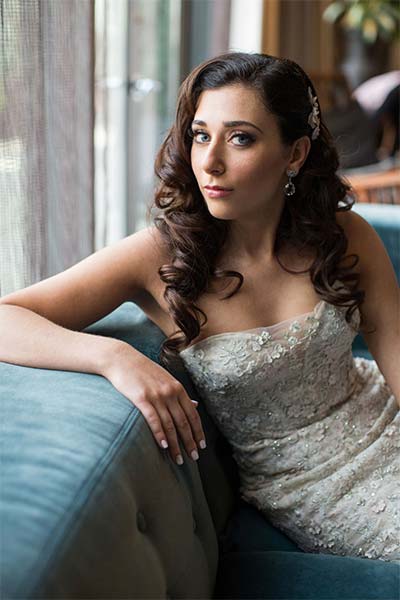 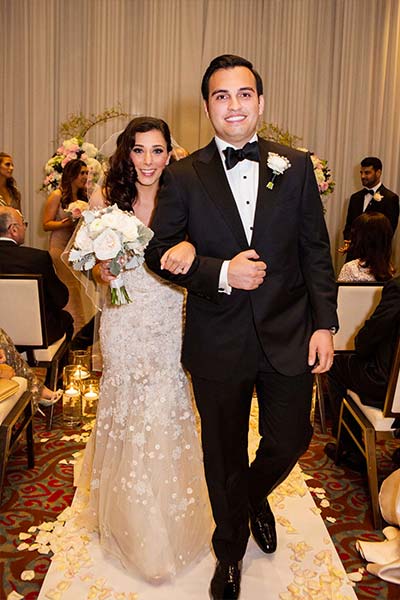 The Eventi Ballroom ceremony was “very tasteful and simple.” As Natalie walked down the aisle—lined with rose petals and candles—a band member played an acoustic version of “Fall For You” by Secondhand Serenade. After the couple took their vows (next to two large centerpieces), they exited to Coldplay’s ballad “Sky Full of Stars.” 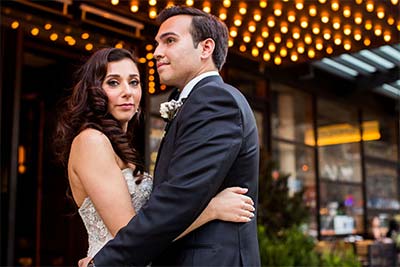 For the reception, which took place in the Eventi Ballroom, low centerpieces featured blush and white hydrangea, garden roses, dahlia, ranunculus and anemones, surrounded by candles and mini arrangements. An amazing, four-tiered Sylvia Weinstock cake creation was inspired by the bride’s wedding dress. Guests loved goofing around in a photo booth that took four consecutive photos, printed them and then created GIFs to send to guests’ phones. 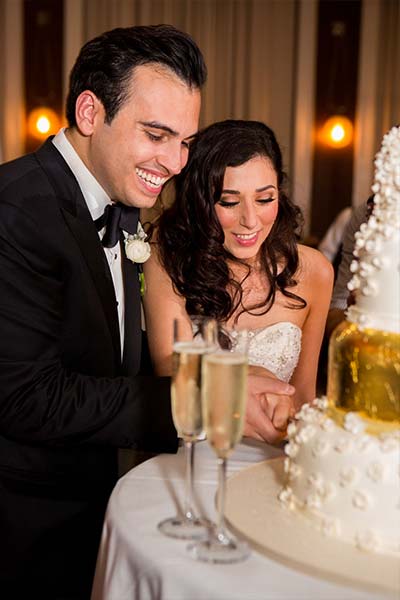 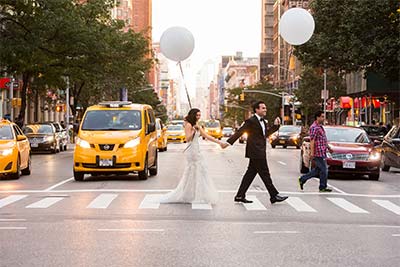 Back to Real Weddings