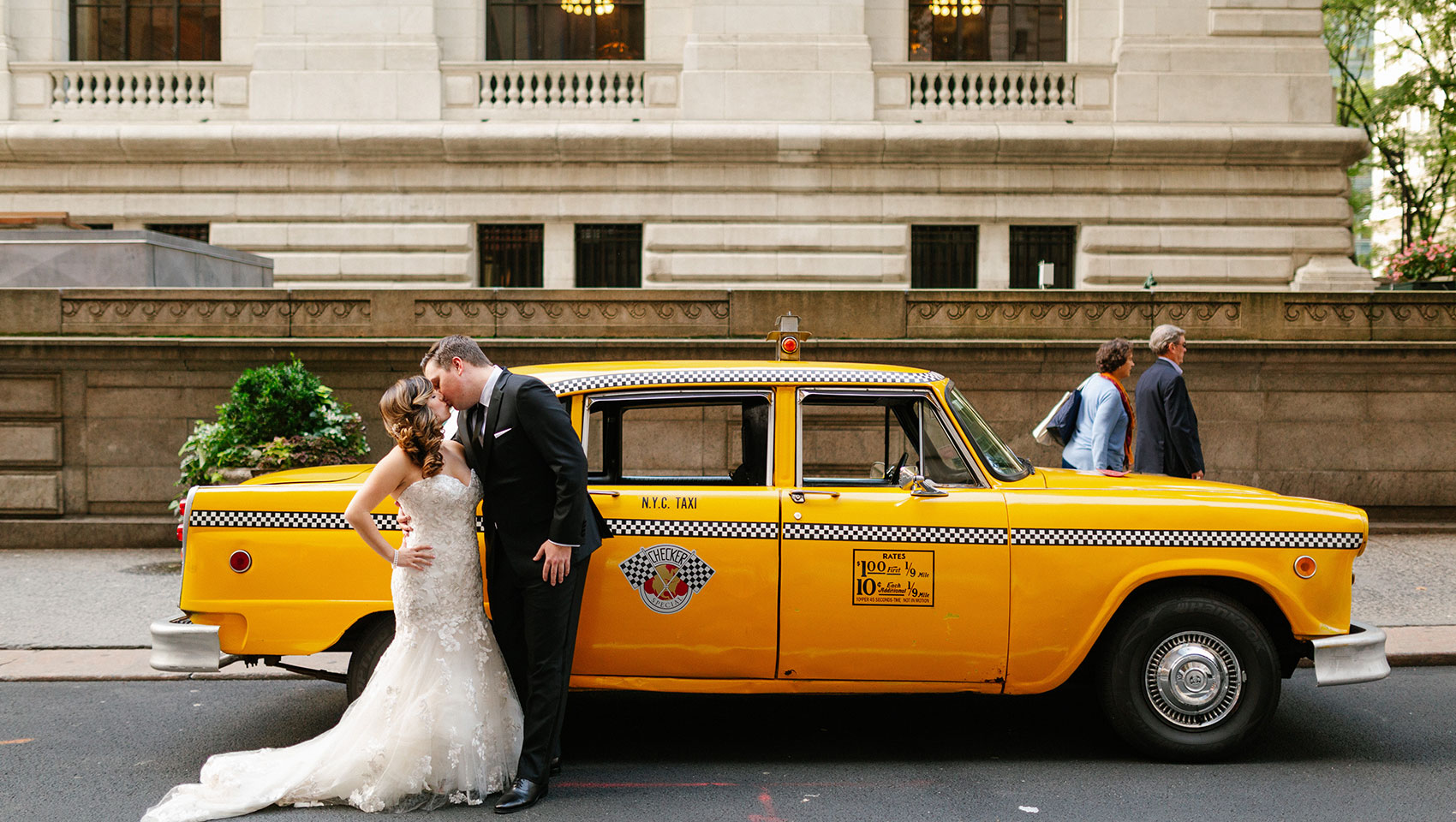 THE MAGIC OF NYC

A global love lights up the Big Apple

Although April and Danny met as children, their love story didn’t begin until years later. When the two began talking in February 2014, it quickly became clear their connection extended beyond friendship. Although Danny anticipated April was “the one,” time together in New York City made this crystal clear. The day before Danny's birthday, they became official. Then, while living in France, Danny and April embarked on a Mediterranean cruise in the spring 2017 to celebrate their three-year anniversary and Danny's 28th birthday. On the day the cruise left the port of Split, Croatia, Danny took April outside to watch the sunset before delivering a beautiful speech, getting on his knee and popping the big question. They chose New York for their wedding because it’s where they became official, and they selected Eventi since it’s a modern boutique hotel with personality that also offers amazing service and food. 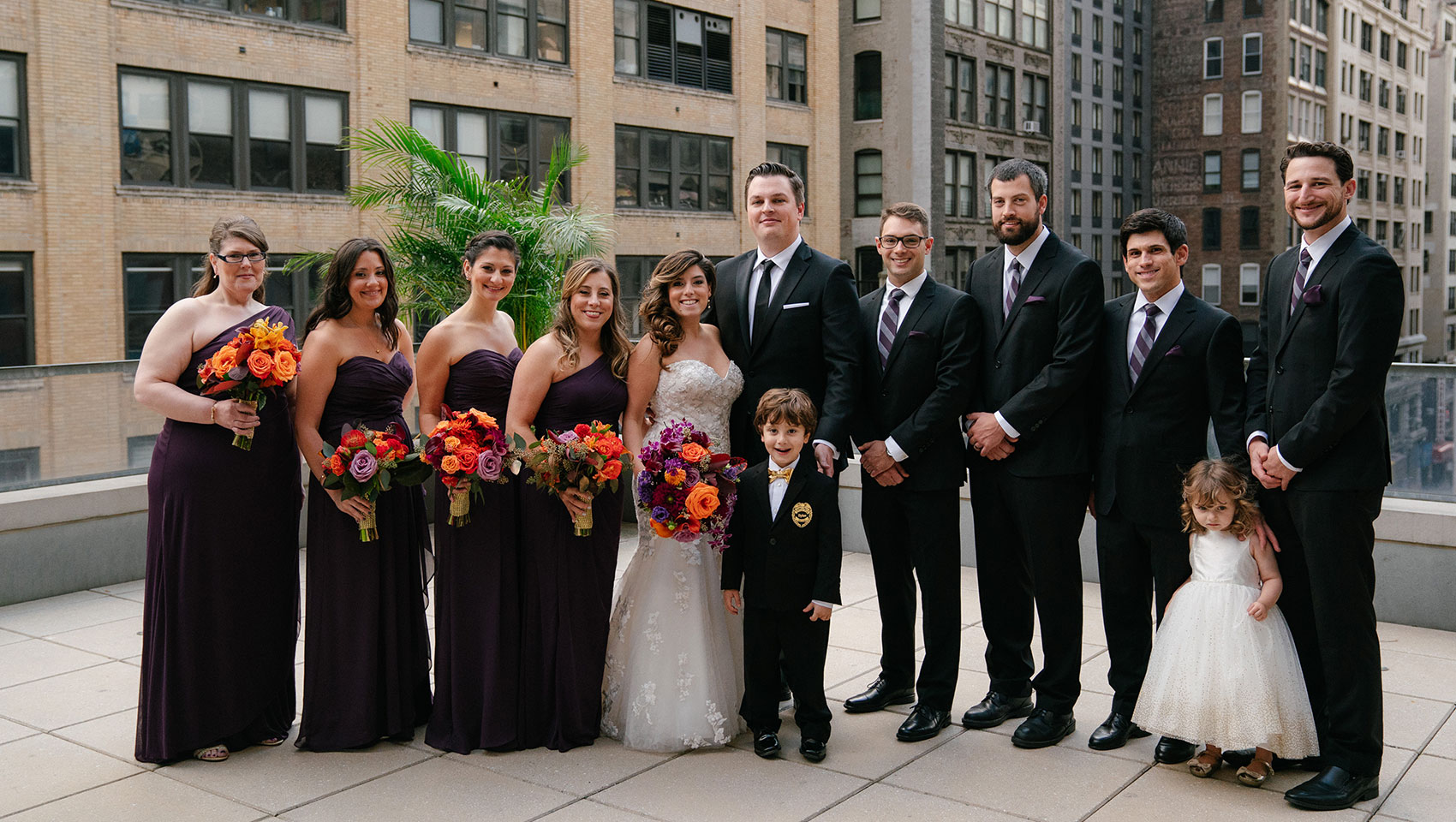 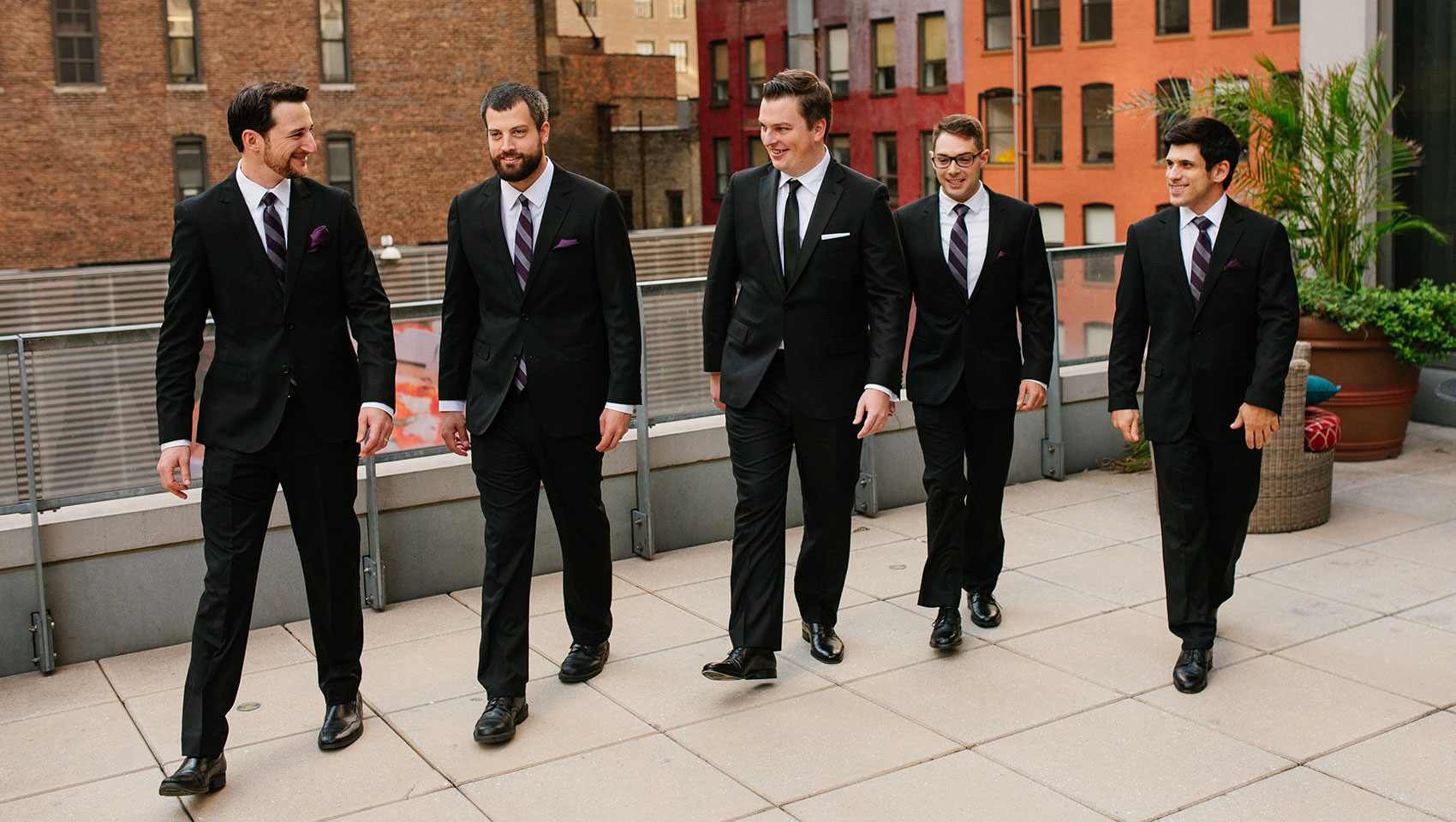 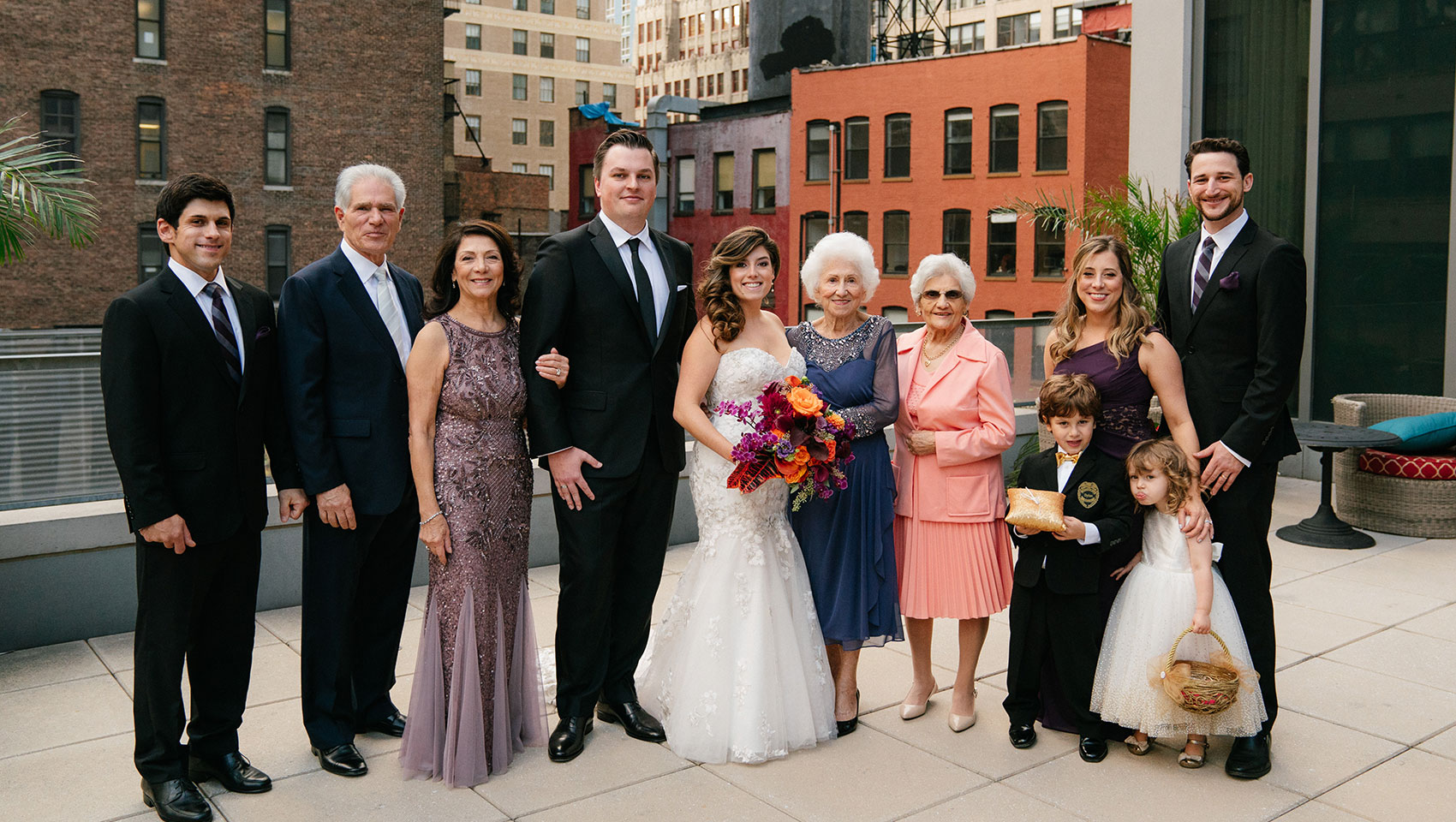 The wedding morning began with April and her bridal party getting ready in the Eventi Suite with 80s tunes in the background, while the guys prepped on the 4th floor. They then took pictures with a vintage NYC checker cab and at iconic spots like Grand Central Station, Bryant Park and the New York Public Library. They shared a special “first look” moment with their parents, too. 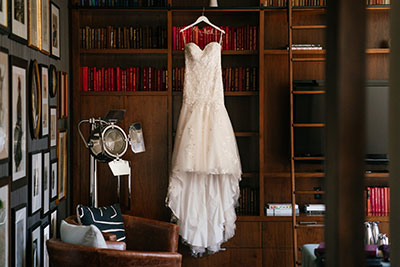 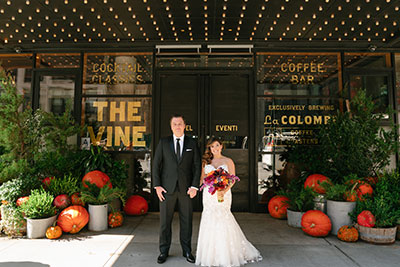 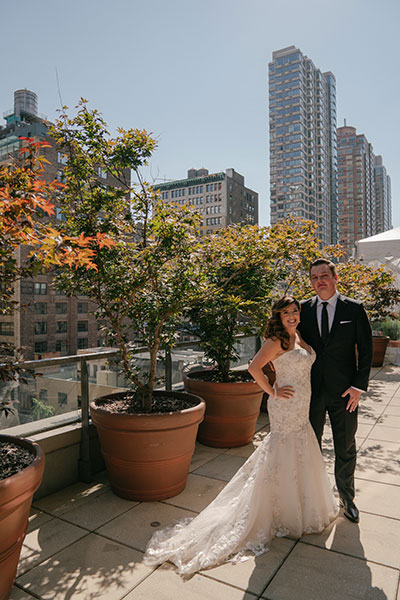 “We remember falling in love with the entire Eventi experience—the very dedicated service, amazing food and such care to help us make our special day exactly what we wanted.” 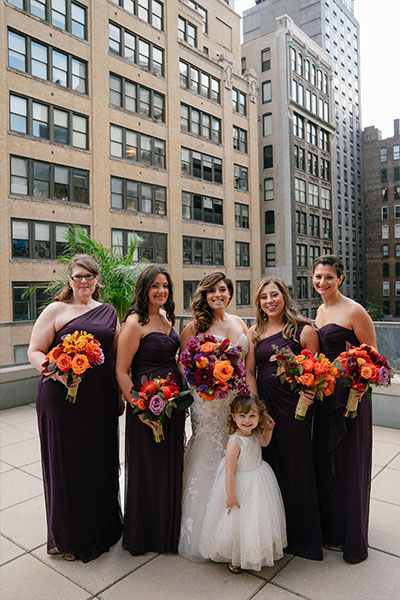 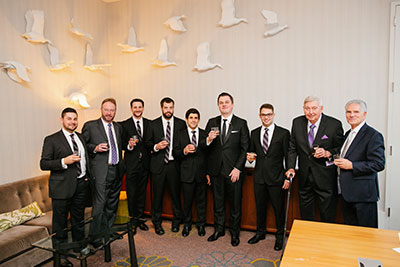 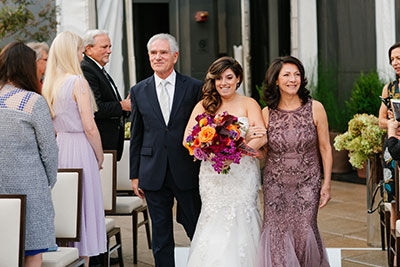 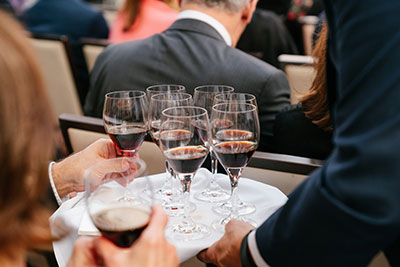 Danny and April had their first look on the Eventi terrace—a moment they deem the most special, aside from saying “I do.” 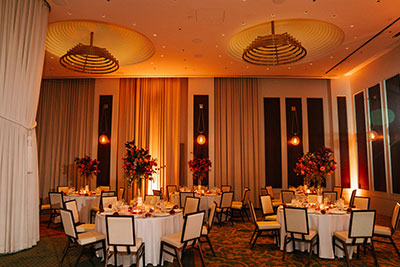 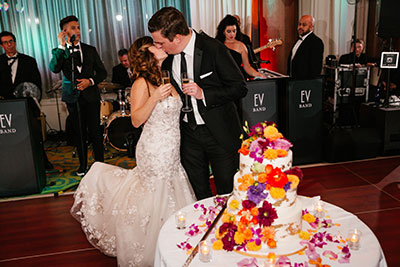 The ceremony took place on the 5th-floor Eventi terrace, featuring “a very soft and romantic feel,” thanks to a white runner with white and evergreen birch arbor. A Greek dessert wine Vin Santo was served to all the guests during the ceremony to toast the marriage. The cocktail hour—held in the 3rd floor foyer—featured a Kir Royal a la Violette signature cocktail, while a violinist played upbeat songs to get the party started. 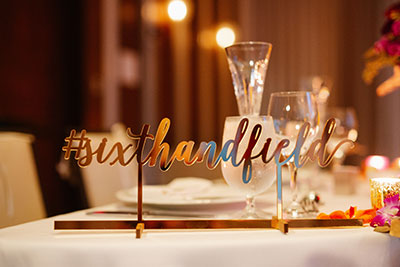 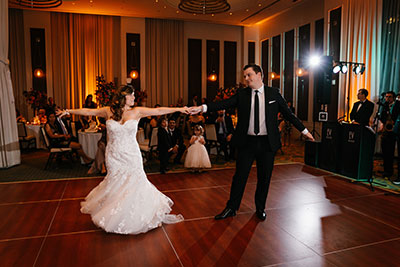 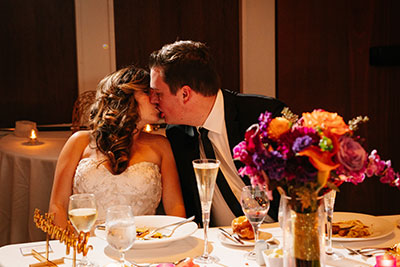 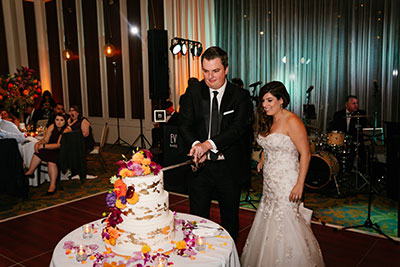 The Ventana Ballroom reception showcased amber uplighting, tall skinny vases with purple and tangerine flowers, plus gold accents. The guests found table assignments with the help of postcards from the pair’s favorite European travels. The couple danced to “All of Me,” and cutting the wedding cake with a “Game of Thrones” sword proved a cool surprise for Danny. A fantastic band kept guests dancing all night. The couple stayed in the Eventi Suite and threw an after-party that featured (naturally!) New York pizza.

Back to Real Weddings